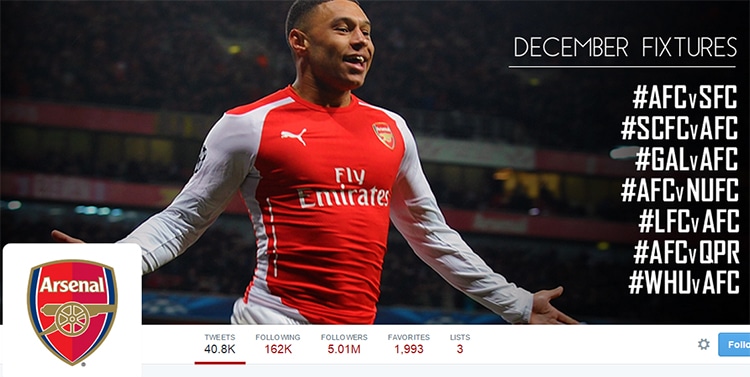 And being Arsenal Fan and Twitter newbie [something I will be using more on 2015], it had for sure come as early Christmas Present.

And overall Arsenal now stand third behind Spanish Giants Barcelona and Real Madrid as the most followed club in the Twitter.

I am Robin - WordPress Developer based in Sydney. I work as Digital Developer. I do some projects now and then, and love blogging about WordPress and Web Design.

Looking for a WordPress Developer?

I have helped several businesses like Encore Beauty Studio
around Sydney to get their digital strategy launch and generate more revenue.